Tissue Donation Gets Injured Basketball Player Back on the Court

Published on December 16, 2016by Kelly Vance

We talk a lot about the donation of vital organs, but tissue donation also makes a huge difference in the lives of people of all ages. 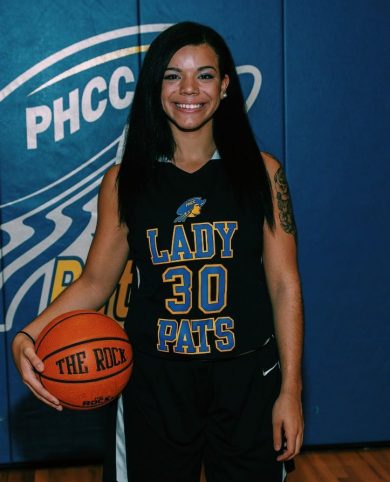 Nineteen-year-old Ebony Reynolds is one of them. A rising star in college basketball, she hits the court on a knee reconstructed from donor tissue.

Ebony was a rising junior at Patrick County High School in Southwest Virginia when she tore her ACL during a summer volleyball tournament.

“I went up to spike the ball and, I don’t know, I came down and landed wrong,” she said.

It was a season-ending – and potentially a career-ending injury.

“Right after I tore my ACL, I had to sit out that volleyball season and also the basketball season,” she said.

That was a tough blow for someone headed for a college team, but Ebony made the best of it. She sat on the sidelines with her team, cheering them on, boosting morale and studying strategy.

I went up to spike the ball and, I don’t know, I came down and landed wrong.

“Sitting on the sidelines you can always see more than you can on the floor,” she said. “I paid attention to the plays and kept a positive attitude and pushed them all to stay positive.”

She also got a tissue transplant.

In an operation at Martinsville Memorial Hospital, doctors took tissue from a deceased donor and used it to repair Ebony’s knee. Torn ACLs can be repaired using tissue grafted from a patient’s own patella tendon, located in front of the ACL, but that weakens the knee and increases the risk of early arthritis.

For an athlete like Ebony, a transplant was a better option with fewer long-term implications so she became one of millions of Americans to receive a tissue transplant.

While more people know about organ donation, tissue donors – like the anonymous donor whose gift repaired Ebony’s knee – make up the vast majority of all transplant cases. Each year, more than 1.5 million tissue transplants are performed, compared to only about 28,000 transplants of hearts, kidneys and other major organs. (There could be many more organ transplants each year if donors matched demand. More than 120,000 people are waiting for organ transplants at any given time).

Tissue donors fall into the same category as organ donors. When a person signs up to become an organ donor, their tissue is included as well. When an organ donor dies, representatives from an organ procurement organization work with the family to determine what they want to donate. Tissue is viable for about 15 hours after death and since there’s no compatibility issues like there are with organs, it’s much easier to transplant.

I reached goals that I didn’t think I could reach.

Lifenet Health, the OPO and tissue bank that services Ebony’s area, prepare donated tissue and store it for transplants. Ebony never knew the name of the person who registered to be an organ donor, allowing her to get a second chance on the court, but she was grateful and used her bench time wisely and worked hard to get back into shape.

Getting stronger, getting better

As she recuperated from the surgery, she found that she had to work her other muscles harder to make up for her healing knee and so her quads became even stronger and her fitness level higher.

“I reached goals that I didn’t think I could reach,” she said. 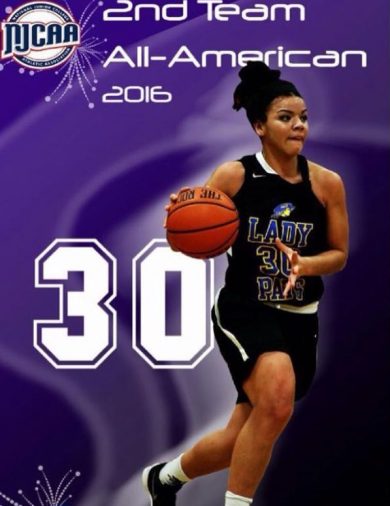 She finished out her senior year for Patrick County High and then moved on to Patrick Henry Community College, where she’s studying to become a registered dietician.

In her first college season, 2015-16, the freshman earned All-American honors, averaging 19.1 points and 13.8 rebounds per game and catching the eye of four-year colleges and recruiters.

She had the opportunity to move up to a four-year school after her freshman year but the team was hit hard by the death of player Ruth Omolola in April. Ebony decided to stay on for another year, playing for her fallen friend and for her grieving team.

She started the 2016-17 season in typical spectacular fashion, averaging just under 20 points per game and 15.5 rebounds per game – 15th in the nation.

And then disaster hit again. On Dec. 6, she tore her other ACL with just six minutes left in the game.

So as the holidays approach, Ebony is getting ready for her second ACL transplant.

I want to take my basketball career as far as I can.

Because one donor can provide tissue for about 75 people, patients in need of tissue transplants don’t have the long waits of those on the organ transplant list. And most people can be tissue donors, regardless of age or health at the time of death.

Donor tissue is used to repair not only ligaments and tendons, but also bones, heart valves, veins, corneas and skin. 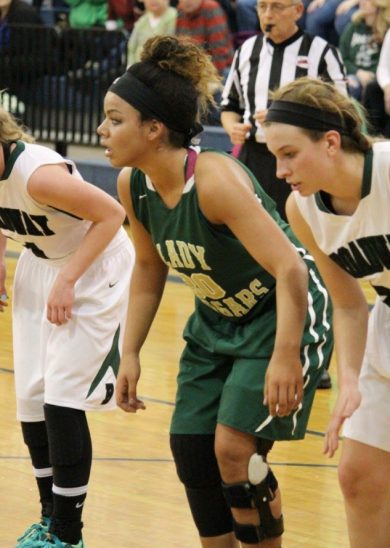 Burn victims and soldiers injured in combat are often recipients. The donated tissue covers skin on those who were burned and helps repair bones to prevent the need for amputations.
For Ebony, the donor tissue worked so well last time, she’s got no qualms about doing it again.

“I’m just assuming it’s God’s plan, she said. “I’ll be back to playing again soon. My body is in great shape now.”

Ebony is now looking to move on to a four-year university to finish out her dietician undergrad degree before starting grad school to finish her education. She hopes to become a clinical dietician in a hospital.

That is, after she’s done with basketball.

She’s considering several different four-year universities that offer a dietician program and said which one she chooses will all come down to basketball.

“I want to take my basketball career as far as I can,” she said.