“Heartbroken, but not broken”

Published on December 12, 2018by Kelly Vance

Jaime and Jack McKinley had been at VCU Medical Center for two days when they called their teenaged sons Grayson and Finn to ask them how they felt about organ donation. Despite the stunning grief and shock of the past few days as the family learned that their 10-year-old son Sawyer would never wake up from the sudden seizure he’d had at school, the Grayson had an immediate reaction to the prospect of their brother’s organs going to other children — “We were hoping something like this could happen.” 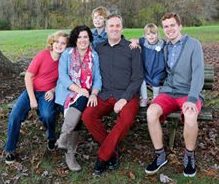 That was all the stricken parents needed to hear. Their first reactions had differed from each other as the reality of Sawyer’s diagnosis set in. It had just been a week prior that the sunny, gifted, and always active little boy had flown with his father to San Diego on a trip to visit his ailing aunt. He’d returned in the wee hours of Wednesday morning, and by Wednesday afternoon, Jaime got back into her car after pumping gas to find 10 voicemail messages from Jack.

Normally bursting with energy, Sawyer had alarmed his teacher by looking ill and listless during class. He vomited, and when he got to the nurse’s office, he seized up. Jack and an ambulance arrived on the scene moments later, and Sawyer was rushed to the hospital. 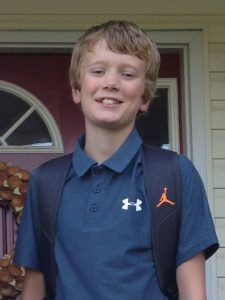 A tangle of abnormal blood vessels—an arteriovenous malformation—in Sawyer’s brain had caused a blockage. In the sixth grader’s case, once it had made its presence known, it was simply too late. By Thursday, Jaime and Jack knew their son would not survive.

The family struggled to accept the fact that their lively little boy would be gone. “Sawyer was fine,” Jaime says when she speaks of her son. But that very contradiction between an otherwise healthy body and a brain abnormality that seemed to come out of nowhere would end up changing the direction that their grief would take.

Sawyer’s body was fine. So healthy, in fact, that she was told he could save seven lives through organ donation. Seven organs. Seven lives. Jaime had a moment of clarity.

Changing Sawyer’s story
“If we didn’t donate, seven other people would be having the same experience,” Jaime realized. “How in humanity can you look in the mirror and say. ‘I denied a 12 year old the opportunity to play soccer, someone that could be an adult that will declare world peace.”

She imagined seven other families suffering under the same storm clouds of grief, simply because her own family made the decision not to donate. She thought about how much energy her “spazz” had, and how he’d rarely been sick before. And once she and Jack realized their surviving children were on board, it suddenly seemed impossible to say no. 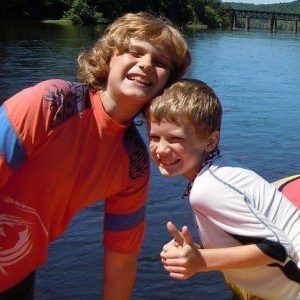 Sawyer with this brother, Grayson.

Right away, their vigil in the hospital changed. “I’ve learned that polar emotions can hold the same space, I really understand that now,” she explains, describing the simultaneous cohabitation of devastation and hope that now took residence within their hearts. They stayed by Sawyer’s bedside, rooting for his organs to stay healthy and viable, even as they knew his brain was in rapid decline. They stayed after he’d passed, and intended to stay through his donation surgery, but along with the realization that other children needed Sawyer’s healthy organs, they remembered that their three other children, lost in their own grief, needed them to come home.

Grief’s powerful voice
It was the following week at Sawyer’s memorial service when Jaime and Jack had another moment of clarity. Not wanting to wrap her son’s memory in a lasting shroud of sadness, she felt it would be more appropriate to serve his favorite food (tacos), ask people to avoid dressing in black (“Cat t-shirts and vivid colors will honor Sawyer better than somber clothing,” read his obituary), and tell stories.

“I’ve learned that polar emotions can hold the same space, I really understand that now.”

“There were 500 people at this thing, and about half of them were pre-teens,” she said. It was a golden opportunity to share the comfort her family had taken in knowing that Sawyer’s death had been able to help so many other families. Jaime and Jack spoke to the funeral director about making Sawyer’s gift a part of the service, worrying at first about the children in attendance. The director had a child at Sawyer’s school, and informed them that not only did his classmates all already know about the decision, they thought it was a wonderful idea.

Who’d have thought that educated, rational adults would be the ones to be squeamish? But there some were—rattled and/or surprised, telling Jaime and Jack at the service that they’d never have been able to make the same decision for someone they loved.

Sawyer with his brothers, Grayson and Finn.

“I thought ‘Not right now, and not at this moment, but it has to be part of Sawyer’s legacy to educate people, and take the shame out of organ donation,’” Jaime remembers.

“When I read a statistic that more than 80% of people in the US believe organ donation is a good thing, but less than half are registered, I thought, ‘OK. That’s something we can tackle. You can’t always change people’s minds, but we could at least try to help people who are already behind organ donation to sign up. Maybe people are too lazy or too busy to check the box, or maybe they don’t want to confront the reality of grief. Our voice is the most powerful tool we have. So we thought if people see us coming out of the rabbit hole of our grief, and if people see us cry, maybe we can get people at least talking about it.”

“Heartbroken, but not broken”
Sometimes, sharing grief is easier said than done. While Jaime and Jack work hard to be open and honest about Sawyer, refusing to sidestep the topic, and honoring his memory by keeping her own memories of him alive, “Being sad sucks.”

“It has to be part of Sawyer’s legacy to educate people, and take the shame out of organ donation.”

“Of course we don’t love talking about it—it’s totally sad and we look gross when we cry. But how can we not? How could we not, if there’s anything that we can do to take some of the stigma from the conversation?” 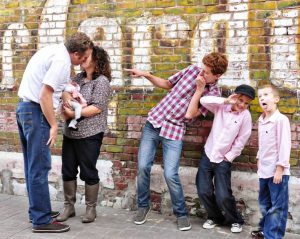 The McKinleys celebrated Sawyer’s life and legacy at the 2018 Tree of Life ceremony at the United Network of Organ Sharing in Richmond.

Her family’s mantra is that they’re “heartbroken, but not broken.” To keep herself going, she thinks about that concept multiple times a day. Two years in and no less sad, the McKinleys have decided to keep moving forward. Just as they decided there was a way Sawyer himself could move forward and help the living, they’re also helping each other get through their grief.

“We have a six-year-old, Sterling, and a six-year-old’s love of life,” says Jaime. “We might be thinking ‘Ugh, holiday decorations,’ but she loves it so much, so we do it, and we cry, but we’re all together. And in the end we’re glad we did it.”

“Because what would Sawyer want? If he’s looking down on us, he’s saying, ‘GO. DO something. Do something! It’s snowing outside! Do something crazy!’” So they go, they do things, and sometimes it’s painful, but it is also good.

At the memorial service, Jaime and Jack gave out colorful, plastic bracelets that spelled out “SOY,” their nickname for Sawyer. “We want people to be strong, be outrageous, be you. Those were the three words we thought most represented him, one for each letter of his nickname.” Now, they ask people who have the bracelets to send her pictures of them wearing one while having an adventure. And she thinks about the children who can have adventures thanks to Sawyer’s gifts, too.

Two years after the death of their child, Jaime and Jack don’t feel healed yet, and know they may never feel fully complete again. But they do feel that they are doing their son proud, just as he did them proud every day. And that’s enough right now to remind them that they may be “heartbroken, but not broken.”