Inspired at the DMV: Why this Man Gave his Kidney to a Stranger

Some people get their lightbulb moment of inspiration in art galleries, on top of mountains, or in woodland cabins. Brad Dugai got his at the Department of Motor Vehicles (DMV) in North Henrico.

“I have a strong spiritual foundation,” Brad was quick to explain when asked about the inspiration for his kidney donation. “So from a human perspective, it might seem pretty wacky, but from my perspective, I know it was God working.” It was nothing he’d ever planned on, although he’d checked the YES box to be an organ donor previously; a living donation was not something that ever crossed his mind. And making a kidney donation was certainly not something he was thinking about that day when he accompanied a friend who needed a ride to the DMV. As his friend was filling out forms, Brad stepped away to give them some privacy, and his eyes wandered around the room and landed on a big display featuring a woman with an arrow pointing to her, which said simply and boldly: Needs a Kidney.

“In that moment, everything kind started going quiet around me and I hyper-focused on that,” he said. “I very clearly heard God say, ‘I gave you two, you only need one. What’re you going to do with it?’”

“Let’s Do This Thing Quickly”

Once he consulted with his wife and family and some close friends, everything fell into place quickly. He worked with Henrico Doctor’s Hospital and learned all he needed to do in order to make an anonymous donation. After lots of vetting and tests, he was able to set the timeframe. “Let’s do this thing quickly,” he told the doctors, and so in May 2016, Brad prepared to donate a kidney to a stranger. 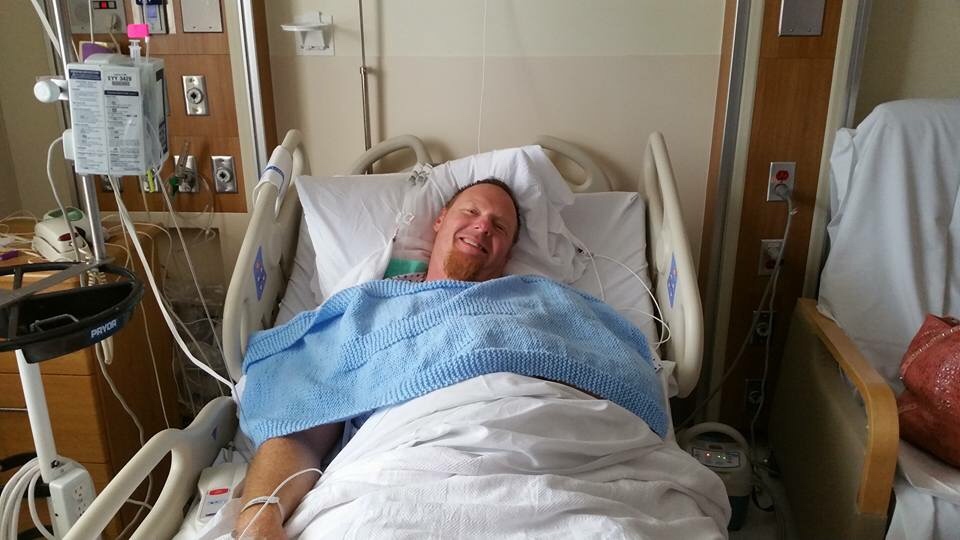 “They couldn’t tell me anything about the match really,” he said, aside from learning that his kidney would go to a man in Colorado. But when he was notified about the match, the hospital coordinator informed him that, “Not only is there one match but we’ve created a chain match so effectively when you give your kidney, three people will get kidneys.”

“Not only is there one match but we’ve created a chain match so effectively when you give your kidney, three people will get kidneys.” 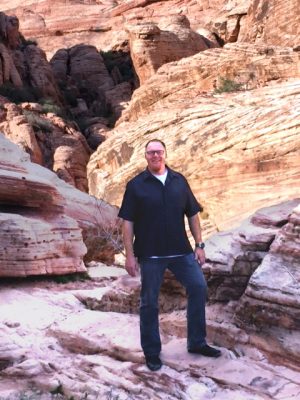 In his free time, Brad likes to keep fit. He walks 3-4 miles every morning and evening with his wife. He loves to spend time with his kids and family. He’s active in his faith community as a youth leader and is a deacon with his church. He’s also an EMT and volunteers with the local rescue squad. And that’s all in additional to his day job! Physically, his donation slowed him down a little bit during his recovery, but the emotional and spiritual impact of donation was well worth the effort for Brad.

Not only did Brad’s donation help a stranger in another state, it meant he could be a good role model to his kids. “It was being able to put into action what my wife and I try to instill in our kids from a life-creed perspective. That is, treat people like you want to be treated, number one. And number two, you only have control over you, but you have a responsibility to take that control and do the best you can with it.”

“You only have control over you, but you have a responsibility to take that control and do the best you can with it.”

“My kids got to see me walk the talk,” Brad said, “which is so important to me in this because I think often-times as parents they hear us say a lot, but they don’t necessarily see us model things when it really matters. Not that everyday little decisions don’t matter, but when it really matters, and I had the ability to impact someone’s life and physicality very realistically. I think that was important for them. To be able to model that as a parent was huge for me.”

For Brad, his donation was more than checking the box to be an organ donor. But even before his kidney donation, Brad was passionate about the importance of checking that box. “Should something happen to me and somebody need my organs, that’s always been part of who I am, ever since I’ve been a licensed driver.”

“From the beginning, I had a peace about it,” Brad said of his living donation. His strong personal faith was a guiding light of peace that he and his family would be okay. What would Brad say to someone on the fence about deciding to become an organ donor?

“If I’m talking somebody through it and trying to feel out what their points of hesitation are…my response would be, ‘What’s keeping you from it?’” 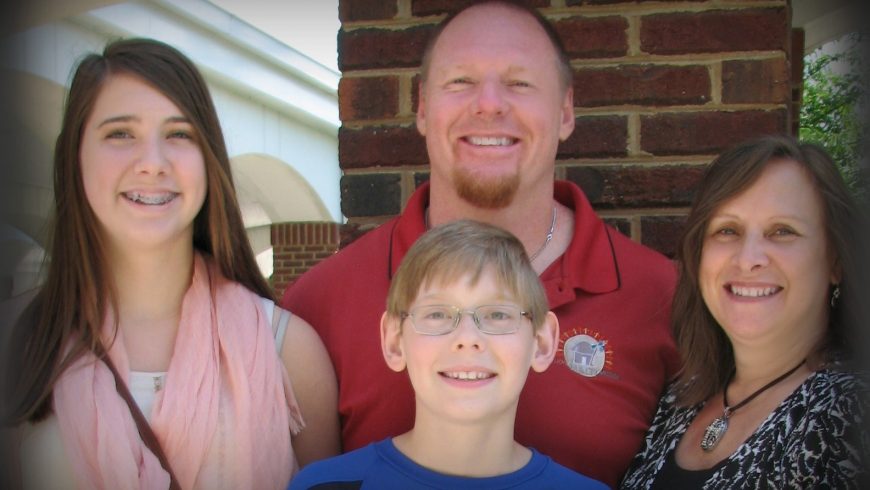