Published on November 10, 2016by Kelly Vance

Last year, an important connection was made that will have ripples throughout U.S. Muslim community—and the scientific community—for generations.

The Washington Regional Transplant Community (WRTC) had been struggling to find a way to help D.C.’s growing Muslim population accept and embrace the idea of organ donation. Doctors throughout the region were starting to hear “It’s against my religion” as a constant refrain, but the WRTC knew this statement simply wasn’t true. 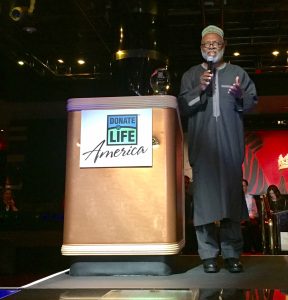 Outreach Director at the Dar Al-Hijrah Islam Center in Falls Church, Virginia, Imam Johari Abdul-Malik agreed to step in and help efforts to educate members of the Islamic faith. He knew he could take great steps towards empowering Muslims to view organ donation as allowable, admirable, and a sacred gift to a fellow human being.

The impact of Imam Johari’s commitment—which would be performed entirely on a volunteer basis—began to make itself known quickly. At the Islamic Medical Association of North America (IMANA) Annual Convention, the largest gathering of Muslims in the U.S.A., Imam Johari addressed leaders, experts, and scholars in Islamic law, as well as Executive Members of the Fiqh Council of North America (FCNA). American Muslims receive fatwas (rulings on a point of Islamic law) from these members, so Imam Johari knew it was important to work with them to understand that much of the anti-donation sentiment is based on myth alone. He knew that even Imams are so used to hearing it that they tend to believe it to be true, so they’re often giving their congregants incorrect information. It was time to start a conversation.

“Saving someone’s life—isn’t about religion. It isn’t the Muslim or Christian or Jewish thing to do. It’s the human thing to do.”  -Imam Johari Abdul-Malik

Soon and due in part to Imam Johari’s efforts, American Muslims will have an official fatwa that presents organ donation as a duty. Beyond simply benefiting the cause by increasing the amount of organ donors nationally, the fatwa indicates that stakeholders are able to come together and make progress, despite any differences that might formerly have been roadblocks. 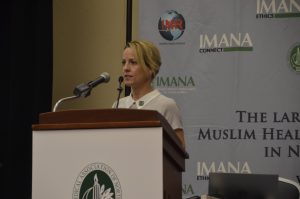 Lesley Compagnone speaking at the Islamic Society of North America

The human thing to do

Imam Johari Abdul-Malik is somewhat of an expert on organ donation, having done extensive research and having published articles and reports on the subject. His views on the gift of life and its relevance to Muslim philosophy are well-known to his peers, but the partnership with WRTC helped him disseminate that information to the community at large.

Says Lesley Compagnone, Director of Community Affairs and Washington Regional Transplant Community, “We hope to one day see the topic of organ donation be included in all conversations and business dealings that have anything to do with end-of-life decisions. We need to get to the point as a society where this isn’t uncomfortable to talk about and plan for.”

“We need to get to the point as a society where this isn’t uncomfortable to talk about and plan for.”  -Lesley Compagnone

“For Imam Johari,” she continues. “He always says that the act of organ donation—saving someone’s life—isn’t about religion. It isn’t the Muslim or Christian or Jewish thing to do. It’s the human thing to do.” 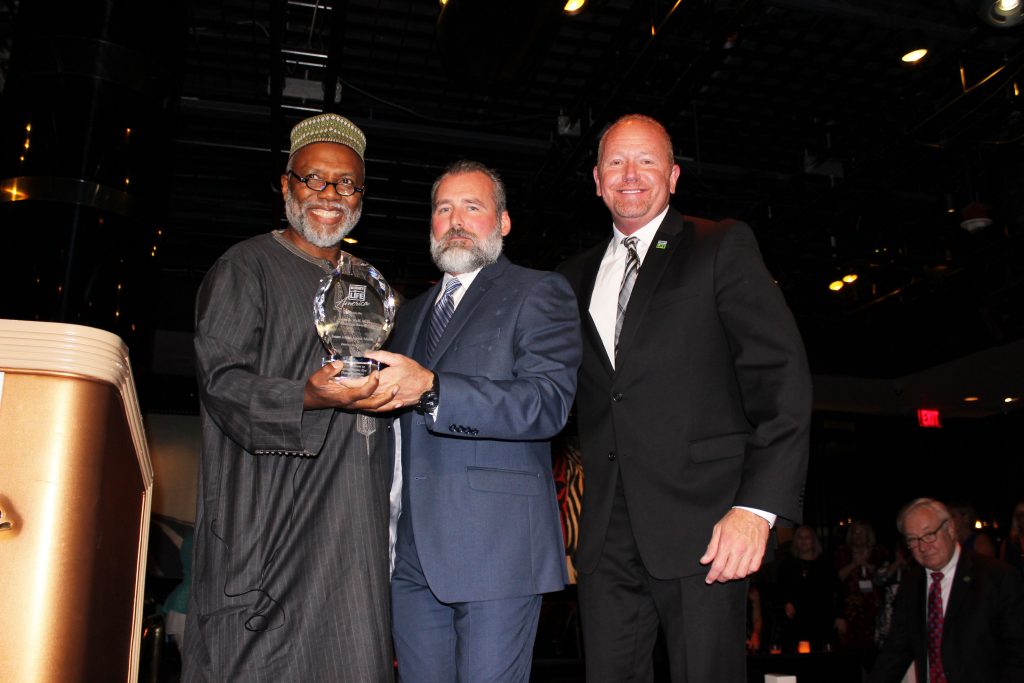