We Said YES: Still Donors After All These Years

Published on November 14, 2016by Kelly Vance

Ask Chris and Elizabeth Vance how they met and they will tell you a vivid story about a chance encounter at a party at Virginia Tech in 1973.

Chris remembers Elizabeth wearing a purple scarf in her hair. Elizabeth remembers the tuna fish sandwich and the copy of Stranger in a Strange Land that Chris gave her as she boarded a Greyhound bus back to Mary Washington.

The couple married 10 months later at Fort Myers. Somewhere in between, they registered as organ donors at the DMV. 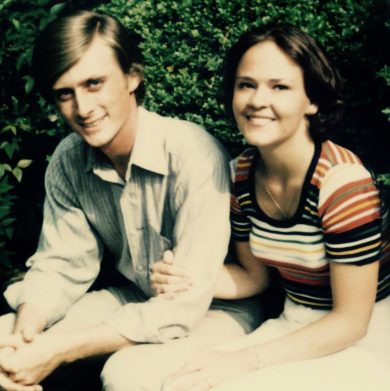 Unsurprisingly, they don’t remember that day as clearly as the one when they tied the knot, but in both cases they made a commitment and never looked back.

The Vances, now proud grandparents, live in Midlothian. We caught up with them to find out why they decided to register as donors all those years ago and why they would do it all again today.

Q: Tell us about the day you decided to become an organ donor. What do you remember?

Chris: I remember standing in a long line at the DMV when I was renewing my license many years ago, when the DMV clerk asked me if I wished to be a donor. I had heard about it and easily found the idea reasonable and appropriate. Really, what would I do with my body if I were deceased? But I had never really decided to take action until that question. So I said, “Why not?”

Elizabeth: My father was a general in the army. Sometime during the Vietnam War, he visited Walter Reed Hospital. There, he saw many young men suffering– several had lost their limbs. I remember how distraught my father had been. He must have felt so helpless. He expressed a desire to donate at that time, so when the opportunity came for me to register as an organ donor, I didn’t hesitate.

Really, what would I do with my body if I were deceased? But I had never really decided to take action until that question. So I said, “Why not?”

Q: Were your parents organ donors?

Chris: I don’t know but I doubt it. If there was a organ donor program back then, it wasn’t connected with the driver license. My mother may have given blood but that is probably it.

Elizabeth: I’m not sure. My father was 94 at the time of his death, he may or may not have registered. My mother was not an organ donor. She had fears that if she donated some part of her she might be missing them in heaven. Of course, this was over 25 years ago and people’s understanding of organ donation has changed. 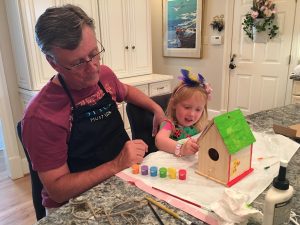 Q: Have you ever been skeptical about organ donation?

Chris: Why would I be skeptical? I believe the process of donorship is carefully managed and arbitrated to manage precious resources. Organ donorship is so easy that I don’t understand why everyone doesn’t do it. It means that when you don’t need the parts anymore, you give them to someone who does need them. Piece of cake.

Elizabeth: There was a lot of fear years ago that someone might take your organs before you actually died. Some were also afraid that they might need their organs in the afterlife. I believe that the understanding of how the organs are retrieved is more understood now. Churches support blood donations so the link between blood and organs can be linked for those who fear the afterlife issue. People also see on television that many people have been saved by organ donation. One person can change many lives! The concept that part of the person you loved will live on in someone else is wonderful.

Organ donorship is so easy that I don’t understand why everyone doesn’t do it. Piece of cake.

Q: Do you know anyone who is not an organ donor? In your opinion, why haven’t they signed up?

Chris: My friends and I have never discussed organ donorship. I would think that most would agree to donorship if they were given the chance to face their fears. Maybe I should ask.

Elizabeth: I have a friend who is not an organ donor. She is fearful that the doctor will not do everything possible to save her life if she is a donor. Another friend feels her organs are too old. Think you are unable to donate? Get the facts here.

Q: Have you ever known someone who needed an organ donation?

Chris: I remember that a young neighbor of mine many years ago needed bone marrow transplant to combat a nasty cancer. I remember that the transplant had been painful and ultimately it did not succeed in saving him. Nevertheless, I still believed in the need and appreciated those who donated. 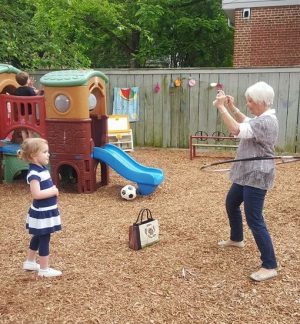 Elizabeth: Yes. He was only 6. We all signed up to donate blood and to be processed to see if we were a bone marrow match. We were not. It didn’t change the outcome, but there was possibility. We had a purpose.

Q: Do you know whether your children are organ donors?

Chris: My children each accepted organ donorship in the same way I did, by checking the box when getting a driver license. We discussed it at the time but not much since. I think they feel like I do, “Why not?”

Elizabeth: I think that that the only child I had a definite chat about things like that is my son. I had recently dealt with the death of my parents and in-laws so questions about end-of-life wishes were on my mind. He told me that he was an organ donor and, like me, hadn’t thought much more about it.

It didn’t change the outcome, but there was possibility. We had a purpose.

Q: What do you think is the most important thing for people to know about becoming an organ donor?

Chris: That it’s painless and easy and saves lives. And that there won’t be any disfiguring of the body or loss of your mortal soul.

Elizabeth: We have the ability to make a difference in someone’s life. I think everyone should be a donor. 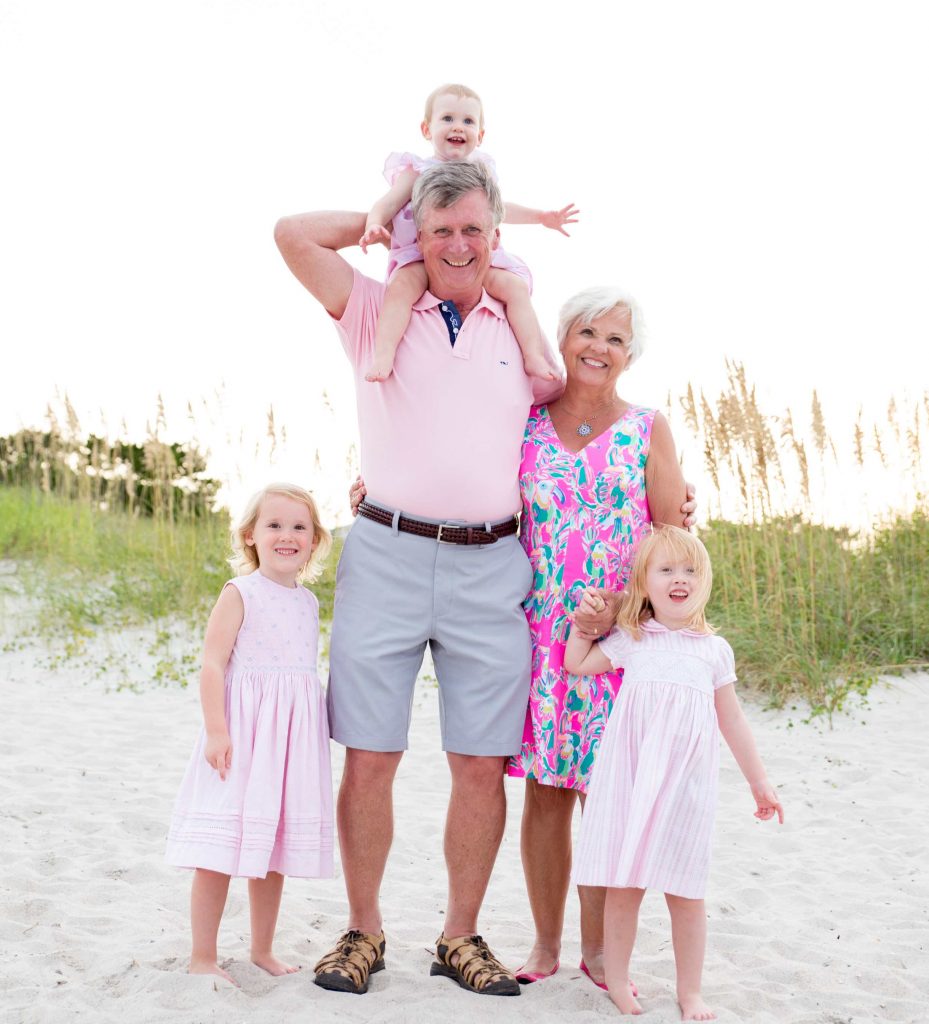 The Vances and their grandchildren.