Published on December 7, 2016by Kelly Vance

“Bubbles. They float through the air, they shimmer and glow. They fascinate us with their tremendously complex simplicity. They are both with a breath of air, they pass our way but once, and then, in the blink of an eye, they are gone. But even though they are gone we remember them.”

So began the obituary for 2-year-old Sarah Elaine Schonhoff, who had spent most of her young life in hospitals, waiting for a liver transplant. 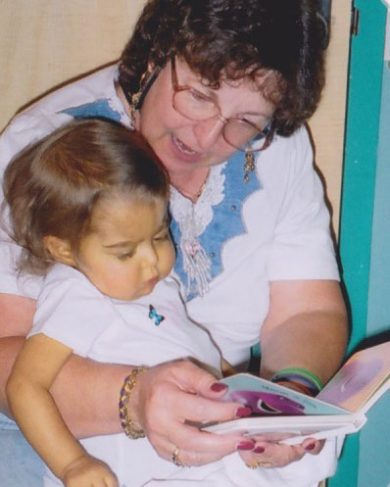 Her grandparents, Marilynn and Tony Zeljeznjak, were advocates for organ donation even before their granddaughter was born, but since her death, they have been traveling around Virginia to tell her story to the medical community and to potential organ donors.

A short life
The Zeljeznjaks were living in California in 2004 when their granddaughter, Sarah, was born there. Her mother had experienced several miscarriages before Sarah was born early through a C-section.

When she was only four days old, Sarah was diagnosed with Alpha 1, a genetic condition that causes lung and liver disease.

At six months old, Sarah went on the waiting list for a liver transplant. Shortly after her first birthday, she was transferred from the Kaiser Permanente hospital in San Diego to the Children’s Hospital and then just before Halloween, she was transferred again to UCLA. 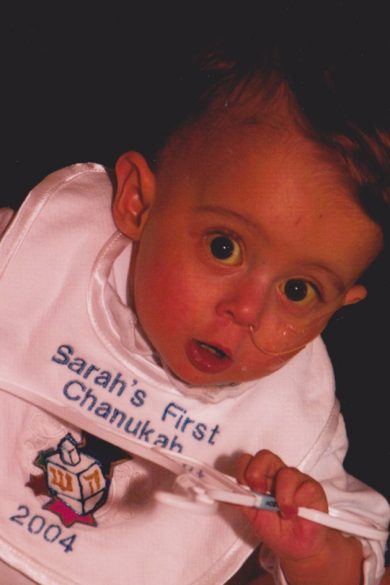 “She received several offers for liver transplants but none of them were viable,” Marilynn said.

Sarah’s condition worsened and she took a serious downturn the day before her second birthday in 2006.

By then, another liver was available but Sarah was too sick for the transplant. It was given to a different child, who survived. Sarah did not and died on Feb. 10, 2006 at the age of 2.

“The sad irony is that if Sarah was born today, the technology and the drugs have improved so much that she would have a long and healthy life,” Marilynn said.

Picking up the pieces
The generosity of the hospital staff was a big help after the fact, Marilynn said. The medical cost of Sarah’s last month in the pediatric intensive care unit alone topped $1 million, but the family never saw any of the bills – Kaiser Permanente paid it all.

Sarah’s parents did go on to have two other children – both born healthy, and everyone in the family now advocates for organ donation.

Marilynn and Tony had already been advocates but after Sarah’s death and then Marilynn’s retirement from her career as a school teacher, she joined the volunteer board of Donate Life in San Diego. After Tony retired from his job as a police officer, they moved to Blacksburg, Va., an area they had previously visited with friends and had fallen in love with.

Educating and advocating
Here, Marilynn has continued her work with Donate Life and the two are marching with Donate Life Virginia in the Christmas parades around southwestern Virginia this month.
They’ve also become public speakers and educators on the topic of organ donation.

It’s Tony who does most of the speaking, Marilynn said, because she still cries when she talks about Sarah.

Tony said they spoke to the general public in California about the importance of signing up as organ donors but more recently, they’ve been talking to the medical community about organ donation from a family’s point of view.

“Most of them have bought into the concept of organ donation but there’s a lot about the stress that we can tell them,” he said. They recently spoke to nursing students at Radford University, to tell them about what the day-to-day waiting is like. 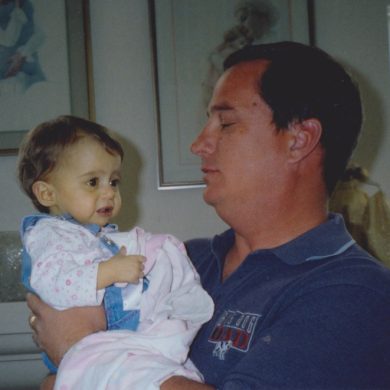 Sarah and her grandfather, Tony.

‘Take care of each other’
Nurses especially develop bonds with patients and their families in long-term care because they have so much more interaction with them than doctors do. The Zeljeznjaks are still in touch with some of the nurses from Sarah’s time at UCLA and Tony said he talks to nursing students about the emotional difficulty they face in caring for patients who may not survive – especially when the patients are children.

Being a police officer carries a similar ongoing stress load as being a doctor or a nurse, he said. They all spend every day seeing people in distress, trying to help and not always able to do enough. It’s the kind of thing that gets to you, so he reminds medical professionals and students to watch out for one another, take care of each other and to be careful not to self-medicate with drugs and alcohol.

That’s not just professional advice – it’s also a plea from a man who watched his granddaughter live and die in a hospital and so knows the importance having doctors and nurses who are taking care of themselves, as well as their patients. 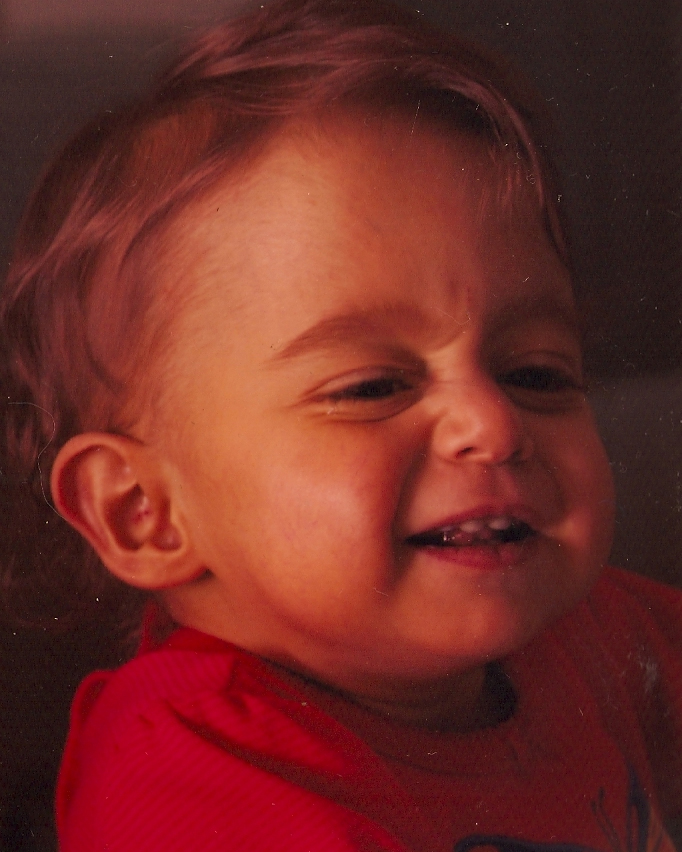