Finding the Light: Through My Sister’s Eyes

Jackie Hall lost her older sister, Erma, to breast cancer in 2015. Six years had separated them, but not much else. The two had already been through so much together—the passing of their father and the near-total degeneration of Jackie’s eyesight due to a disease called keratoconus. Her corneas had begun to thin and reshape during the previous decade, and she was now watching her sister become weaker and weaker through eyes that barely saw her.

It didn’t seem possible that Erma, who had always been so strong, was pulling away from Jackie. Erma had spent the last seven years battling chemo and standing right alongside Jackie, leading her sister through her own battle.

She was now watching her sister become weaker and weaker through eyes that barely saw her.

“She wanted to teach you,” remembers Jackie, laughing. “She was always saying ‘Look, this is what you do.’” And when the younger sister found that she could no longer see her way through the grocery store aisles, the older sister took her hand. “And she said ‘What do you need, Jackie? We’re going to get it.’ Other people thought I was joking, but she knew I needed help. She was there.” 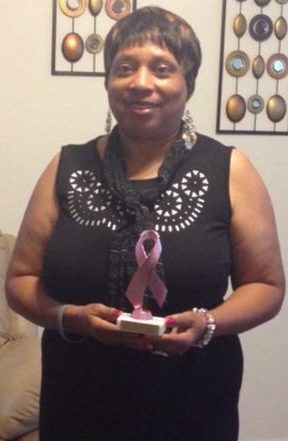 Jackie had found it difficult to admit to other people how much she truly did need help. When she was diagnosed at age 45 and told that eyeglasses probably weren’t going to be much help, she wasn’t sure who to believe. Doctor after doctor told her she would need a cornea transplant in order to recover her sight, but insurance options were scarce, and Jackie didn’t know much about the process. She’d heard about organ donation, of course, but the idea of receiving someone else’s corneas was completely new to her. Without insurance—and without the disability income needed to buy insurance—it all seemed like an impossible solution.

So the younger sister adapted, memorizing her way around the stores she needed to go to, wearing bifocals she describes as “ridiculous” both in their thickness and their ineffectiveness. Even Jackie’s three grown daughters weren’t totally aware that their mom was feeling her way through her days.

But Erma knew. “She’d say, ‘Jackie, you’re blind. You can’t really see! You’re just seeing by memory,’ and I thought about it, and she was right. So she’d just pick me up in her car and help me. She had patience with me.”

Work was getting more difficult. Jackie was a cashier at Wawa, and when it came time to read a driver’s license or a receipt, her disability was becoming more obvious. People would ask “Can you see?” and she had to admit that she was having a lot of trouble. When she failed her own driver’s license renewal vision test, she started accepting that she might soon be totally blind.

A light in the dark, then and now

But soon, Erma’s struggle with cancer took a turn for the worse, and Jackie found herself roaming the halls of Sentara Norfolk General Hospital as her sister lay in serious condition. Her husband, who was undergoing one of four heart surgeries, was at the other end of the hospital. Erma’s daughter, Jackie’s niece, was walking with her aunt when they passed the area of the hospital where corneas were received and sent for transplant.

It was an odd experience for Jackie, passing the eye bank. Suddenly, a cornea transplant seemed a lot more like something that people actually did, instead of being just something farfetched. Jackie said to her niece, “That’s it right there. I wonder if they can give me a transplant,” and her niece looked right back at her and said, “Aunt Jackie, when my mom’s finally resting, let’s see if she can give hers to you.”

Jackie after her surgery.

Jackie isn’t sure how Erma herself got the idea. She remembers holding her hand while their brother, David—a deacon in the church—was reading his Bible on a Wednesday. She remembers looking at the X-rays that showed that the cancer had spread into Erma’s lungs. She remembers Erma saying over and over, “Look, my sister needs my corneas.” And when the other family members and doctors in the room tried to encourage Erma to rest and to keep the oxygen mask over her face, she would get frustrated and say, “Can she have my corneas or what? I just need to know!”

By that Sunday, Erma had died.

The following Friday, Jackie received her sister’s corneas in a transplant that changed her life. “I had no idea that she would just close her eyes, and then I’d open my eyes that Friday with the corneas I needed.”

“Aunt Jackie, when my mom’s finally resting, let’s see if she can give hers to you.”

Erma’s insistence had worked. Jackie was telephoned by a representative from Lions Medical Eye Bank and explained that a skilled physician would be transplanting her sister’s healthy corneas and that she wouldn’t have to pay for the operation. 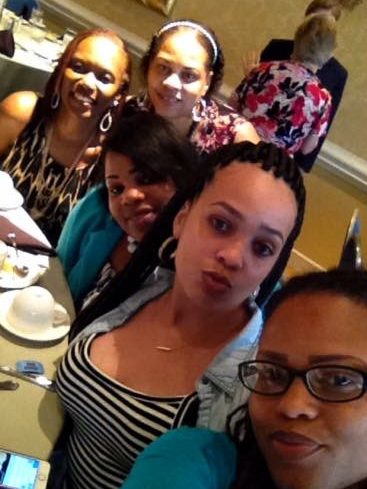 Jackie with her daughters.

Just a few days later, the world changed. Jackie would still need glasses, but now when she puts them on, she can see leaves on trees and labels on bottles. And her heart feels better too—not for any medical reason, but the fact that she’s carrying a small but crucial piece of her sister with her every day. “Through everything, through all these years, everything that I’ve been through,” says Jackie. “She’s still with me. I lost my sister, she closed her eyes, and now I can see. She’s still helping me.”

“She’s still with me. I lost my sister, she closed her eyes, and now I can see. She’s still helping me.”

Opportunities open up for Jackie now. At age 55, she’s in college, taking classes to be a Certified Nurse Aide. She’s retesting for her driver’s license. “It’s like, yeah! I can do things now! Let me get out here and do something now that’ll take care of me,” she exults, letting her sister’s gift lead her forward, just like Erma had done when she was alive.

Since her transplant, Jackie has lost both her husband and her oldest sister, Ceta. But the lightness she feels about the life ahead of her now is greater than her sorrow. “I miss them so much, but sometimes I’m thinking about how much I miss Erma and how I want to just stand in my door and wait for her to pick me up and help me, but it’s almost like she’s right here. She’s not gone, she’s with me. She’s helping me see things, and she always has.”