Matched for Donation, Friends for Life

A good friend gives you what you need when you need it. A great friend accepts that rule with no limitations.

Mary Stokes has such a friend in Heather Cordasco, and that friendship saved one life and inspired countless others. When Mary’s persistent kidney disease took a sharp turn for the worse in 2016, she heard the words she thought she wouldn’t hear for years to come—“It’s time to meet with a transplant team.” 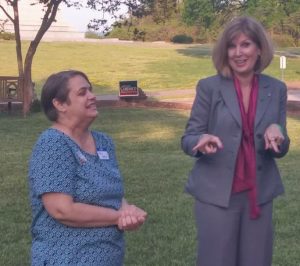 A few months later, Mary was on dialysis, and her quality of life had declined so drastically that she couldn’t do the work that mattered so much to her, teaching kids with special needs. “I’m grateful for what dialysis did, trying to preserve whatever kidney function I did have left,” Mary says. “But it’s a long, draining process.”

Mary’s team at VCU Health Hume-Lee Transplant Center was adamant that finding a living donor would give Mary a strikingly higher chance of success than a kidney from a non-living donor. But Mary had a tough time processing that in her mind. She didn’t want to make anyone she knew uncomfortable, and the idea of someone giving a piece of their own body to her just seemed so far out of the realm of imagination.

The team had information at the ready, assuring Mary what most people don’t assume to be true—the donor has complete control. It’s their call from beginning to the moment they go under anesthesia for the operation, and they can stop the process at any time. Donors don’t pay a cent either; everything would come out of Mary’s insurance.

“I didn’t think twice about it, that’s just how I am,” she laughs. “Once I make up my mind about something, I do it.”

Still, the idea was daunting for a woman who was used to being independent. During her work on the Williamsburg-James City County School Board’s Special Education Committee, Mary had met and supported another strong woman during her campaign for a seat on the Board. Heather Cordasco embodied the kind of get-things-done education advocate that Mary wanted for kids like her son, who’s non-verbal autistic, and her students. 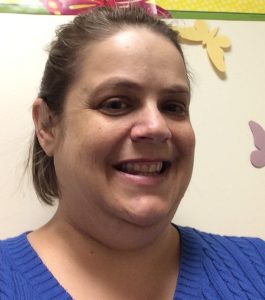 Their work together for the county’s school system as like-minded friends has been indicative of their shared spirit for taking action, so Mary doesn’t know why she was so surprised when Heather volunteered her kidney.

To Heather, the decision was an easy one, and she even had a feeling that she would be a donor match for Mary’s kidney. “I didn’t think twice about it, that’s just how I am,” she laughs. “Once I make up my mind about something, I do it.”

When Heather got the call that she was, indeed, a match, she had the privilege of calling Mary herself to give her the news. “There was a lot of silence,” she remembers of that phone call.

“I was just thinking that it couldn’t be real,” says Mary, whose family members had undergone their own testing but weren’t compatible.

The gift of life, witnessed while living

The surgery was such a success that doctors would call other doctors in to marvel at the output of Mary’s new kidney. She kept the two she was born with, as they do function at a minimal level, but calls Heather’s her “super kidney.” Heather, who was back to working out again just two weeks after the transplant, saw a change in her friend right away. Her color was better, her appetite improved. “It was astonishing. I always thought that managing kidney disease was similar to managing diabetes, and that if you followed some rules you could be OK. But there’s really nothing farther from the truth. You are literally just preserving your life.”

And suddenly, Mary had a full life again.

The friends are united in their feelings about living organ donors, despite not having given it much thought even a year ago. Both are intent on spreading the word that you can live a perfectly normal life with one kidney. “When people found out I was doing it, they always said, ‘But what if you need that second kidney?’” says Heather. But it turns out, you’re sent to the top of the transplant list if you do ever need another, and the chance is small that you will.

Secondly, they’re keenly interested in helping people understand that prevention is the best medicine. Mary’s family had no history of kidney disease, and had she not managed her high blood pressure carefully, she would have been too sick to even be a candidate for transplant. The two saw firsthand the effects of kidney disease that was too advanced for even a living donor’s kidney to help during their treks to VCU Health Hume-Lee Transplant Center, and they’re grateful every day that they were able to take action in time.

“Living donors are very special people who make a difference in the lives of many,” Maureen Bell, Heather’s living donor coordinator, said. “Most living donors will tell you that they wish more people knew about this option, since it would help many more come off of dialysis or even avoid dialysis altogether.”

To Mary, she sees a future ahead of her where it was hazy before. Her family is thrilled, of course, but Mary thinks of the special education work she’ll continue to do with children who desperately need someone’s help.

“You are literally just preserving your life.”

Mary’s quick to call Heather her hero—she even told her friend as much as she was being wheeled into the operating room—but Heather refuses to hear it. “Mary’s the real hero,” she insists in a way that means business. “She’s unbelievably tough, she doesn’t complain, and she was extremely sick. She does hours and hours of dialysis every night and still takes care of her family. That’s a hero.”