One heart, one bond

Published on September 21, 2017by Kelly Vance

Less than 10 years ago, Twyla Kim was a young mother living in Hampton Roads, fighting for her life as her heart began to fail even before she turned 40.

Today, she has a new lease on life and a new extended family, thanks to a young man who shared his heart with her when he died.

A failing heart
Twyla was only in her 30s and was working as a substitute teacher when she started feeling badly. The first sign of a problem was when the classroom started spinning one day while she was teaching. She thought it was just dehydration but by the time she got home, she was too exhausted to stand up.

“Then my angel came and he gave me his heart.”

“The heart is like the engine of the body,” she said. “If it doesn’t work, you can’t do anything.”
She was diagnosed with cardiomyopathy, a disease of the heart muscle, and was told she needed a pacemaker. Her heart continued to fail though, and in September 2007, her name was added to the transplant wait list.

She waited four months, until January 2008.

“Then my angel came and he was Luke and he gave me his heart,” she said. 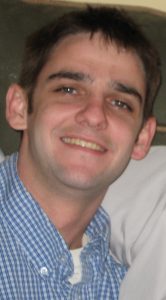 The letter
Luke Cockey was the youngest child of JoAnn and Tim Cockey. He was only 23 when he died from a blow to the head in January 2008 and it was his heart that saved Twyla’s life a few days later.

Luke had signed up as an organ donor when he turned 16 and “he was more excited about being an organ donor than he was about getting his driver’s license,” JoAnn said. “My mother was a lung recipient so all my children knew what it is to wait. They grew up with this conversation around our dinner table. They watched her wait and wait. And then when she got her lung, the change was incredible. So all of my kids were organ donors.”

When Luke died, JoAnn waited for several years before writing letters to the recipients of his organs. Her mother never met her donor family and wrestled with survivor’s guilt, and knowing that Luke’s recipients might feel the same way, JoAnn waited.

Finally, she wrote, sending out letters through her liaison at LifeNet.

One person wrote back – Twyla.

Full circle
JoAnn and Twyla began exchanging letters in 2013. They wrote back and forth for two years until Mother’s Day 2015.

“She called me to wish me a happy Mother’s Day,” JoAnn said. “She said she had to call that day and she wanted to meet.”

The LifeNet liaison who helped arrange the meeting suggested they get together in Williamsburg, halfway between the Cockeys’ home in Richmond and Twyla’s home in Hampton Roads.

The specific place chosen by the liaison was Williamsburg Community Hospital, now part of Sentara.

“That’s where Luke was born,” JoAnn said. “It was like coming around full circle. When I told the liaison that, they asked if I wanted to change it and I said ‘no, that’s perfect.’”

JoAnn and Tim felt like the meeting was meant to be. That feeling only intensified when they entered the hospital chapel to meet Twyla.

“We walked into the chapel and there was a big stained glass window of the tree of life,” JoAnn said.

“Well the tree of life was the tattoo Luke had – a big half-sleeve tattoo. My husband has one too that he got after Luke died. And there it was on the stained glass.”

In the hospital where Luke had been born, in front of a window bearing the tattoo he had worn, Luke’s parents met the woman who shares their son’s heart.

No strings attached
The connection was instantaneous.

“They had such beautiful spirits,” Twyla said of JoAnn and Tim. “They’re so warm and welcoming. They’re like angels. They made me feel really comfortable.”

JoAnn described Twyla as “lovely and kind and shy.”

“She was so happy to meet us and she was timid at the same time. She had so much gratitude,” JoAnn said.

“I wanted her to know that it’s her heart as much as it is Luke’s.”

At that first meeting, the Cockeys used a stethoscope to listen to the heart, knowing it wasn’t Luke’s or Twyla’s, but both of theirs.

“I just felt like the heartbeat was so strong,” JoAnn said. “Everyone talks about it as ‘Luke’s heart’ but Luke gave this gift with no strings attached. I wanted her to know that it’s her heart as much as it is Luke’s.” 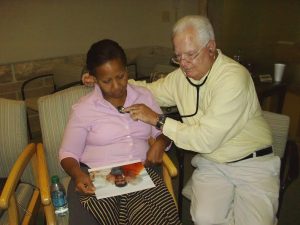 It’s another connection for the Cockeys.

“When our daughter McKenzie was little she had an invisible friend named Shannon,” JoAnn said.

“When we first met Twyla, she brought her daughter Shannon and it was another connection at that first meeting – first the hospital, then the tree of life and then her daughter’s name is Shannon like McKenzie’s imaginary best friend.”

Twyla calls on the holidays and they visit regularly. They celebrated Luke’s birthday together with a picnic and Twyla and JoAnn recently went together to an organ donation conference at VCU Health to share their story.

“She’s family now,” JoAnn said.” “It’s just been an amazing experience because she’s just become a part of our lives and I think she feels the same way because she’s the first one to remember all the holidays and call. Our conversations now don’t always revolve around Luke; we talk about other things too.”

Milestones
The relationship has been a comfort to both families as they deal with loss. The Cockeys still mourn Luke, while Twyla and Shannon grieve for Twyla’s husband, who died of cancer about four years ago.
At the same time, there has been joy and happiness. Only three weeks after Luke died, McKenzie gave birth to a baby boy, named Luke Gabriel after his uncle. He’s one of four grandchildren between the Cockeys children, McKenzie and John, but he’s the one who looks and acts like his uncle Luke, JoAnn said. “We see a little of Luke in each of our grand boys.”

As for Twyla, she’s grateful that her heart transplant allowed her the strength to care for her daughter and her ailing husband – something she couldn’t have done without the transplant.
She also got to help her daughter through an education in radiology and only recently learned that Shannon has been awarded a fellowship at a breast cancer center in Virginia Beach.
The two families are now looking forward to the next happy milestone – Shannon’s wedding in November.

“It’s such a strong bond and connection, Twyla said. “I was so grateful to the Lord to give me Luke’s heart. The Lord knew from day one how it was going to be.”