The scene opens in a hospital room. Lights fade, cue cards flash and cameras roll as a doctor walks in to tell a family the bad news – their loved one is dying but his organs can still be used to…

Of every inaccurate organ transplant scene in Hollywood, that’s the one Tenaya Wallace is most determined to fix.

Tenaya is the founder of Donate Life Hollywood, an initiative launched by the One Legacy Foundation and its partners to help Hollywood portray organ donation in a positive, authentic light.

“I don’t say ‘accurate,’ I say ‘authentic,’” Tenaya said. “What storytellers strive for is authenticity – getting the voice right. What’s really important is that these storytellers not perpetuate the misconceptions of organ donation.”

Damaging storylines or comments on TV aren’t an intentional slight against organ donation, Tenaya said. In most cases, writers are horrified to know they’ve done something to keep people from registering as donors. And after a writer is alerted by Donate Life Hollywood, they rarely do it again.

“We flood them with letters,” Tenaya said. “And then I get a phone call from the writer apologizing.” 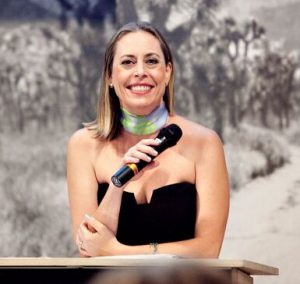 Rapid response
The campaign started in 2008 after a study by Dr. Susan Morgan concluded that when viewers see negative organ donation storylines on TV, they’re less likely to register as donors.

That came as no surprise to Tenaya and others in the organ donation community, but as a Los Angeles local with deep roots in the entertainment industry, she was the one tapped to do something about it.

At the time, there was a surge of medical dramas on TV and some of the plot lines, such as the “stolen kidney” type of story — could be very damaging. Sometimes though, it was just an offhand remark.

An episode of “Samantha Who” included a throwaway comment about cornea transplants being “weird.”

Tenaya’s job was simple, if not easy. She’d watch the offending episode, put together talking points and mobilize the donation community to inundate the studio with letters. Then she’d wait for the phone to ring.

“I’d just tell them “when you make comments like that, it makes the public not want to donate,” she said.

That point alone was usually a powerful wake-up call to writers, Tenaya said. In the case of “Samantha Who,” the offending comment was edited out before the show re-aired.

“They really do have a sense of responsibility,” she said. “They do want to get it right.”

Then there was the terrible episode of CSI. It was so terrible, Tenaya doesn’t describe it, but in the aftermath of the letter campaign and the apologies, she asked the writer to sit on a panel at an organ donation event.

“She asked if they were going to throw tomatoes at her,” Tenaya said. “She’d gotten so much mail and she knew they all hated the episode, but I told her that people really needed to see her and hear that what they had said made a difference. It was great – people came away afterward saying ‘Wow, Hollywood really does care.’” 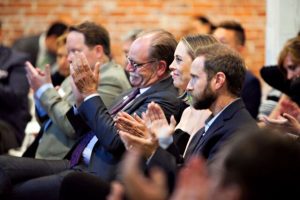 At one point, Tenaya met with Showrunner Carol Barbee who was overseeing an entire TV series about organ transplants. Not just one episode – every episode would be about a transplant center.

“Honestly, it scared the beejeezus out of me,” Tenaya said. “I walked into this meeting with Carol and I said “you are going to kill people if you get this wrong.”

“We provided expert consultation on every single script,” Tenaya said. “Then after each episode, they did an ‘after the episode’ bit on their website with more information. The main character even wore a Donate Life pin on his lab coat in every episode.”

“You are going to kill people if you get this wrong.”

That show was Donate Life Hollywood’s biggest proactive partnership with the industry and it had a huge payoff – nationwide, donor registrations went up 6 percent that year.

“That increase was because of the show,” Tenaya said. “There was nothing else that happened that year to account for an increase.”

And local donor groups around the country reported back that surprising numbers of people who signed up said they “wanted to save people’s lives like on that show.”

By 2012, Donate Life Hollywood could point to some impressive data in reversing the problems cited in Morgan’s 2007 study. Bad plotlines weren’t much of a problem anymore and positive messaging was the norm, even as medical dramas became less ubiquitous on TV.

Having achieved its mission, the Donate Life Hollywood campaign shut itself down and Tenaya moved on to other projects. 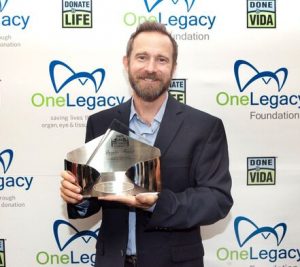 The relaunch
In 2017, a slew of new content and a wave of new Hollywood requests for consultation got leaders at the One Legacy Foundation talking again. They called in Tenaya and relaunched Donate Life Hollywood in early 2018.

Tenaya is currently helping out with five reality shows, a musical, a few documentaries, two movies and a scripted TV show.

One of her big goals now is to correct the misconception that doctors are involved in organ donation decisions. That scene where a doctor talks to a grieving family about donation is incorrect and damaging and she’s determined to change the way that’s portrayed.

“It makes people feel bad and they’re not even sure why,” she said. “It feeds into the misconception that doctors won’t try hard to keep you alive.”

In reality, it’s always a third-party organization that talks to patients or families about organ donation after a doctor has made a diagnosis. Tenaya is trying to get writers to include those donor representatives in the script.

“It feeds into the misconception that doctors won’t try hard to keep you alive.”

One writer told her “We’re not going to write in an extra character just to show an organ procurement agency,” Tenaya recalled. She responded by pointing out that a storyline needs conflict and that the true-life role is a great opportunity to write in conflict – for instance an organ donation official getting mad at a hospital.

Confidence and inspiration
She’s still trying to talk them into it. She’s also working to get an in-depth brain death storyline on the air. In most organ donation stories on TV, the patient has died of head trauma but the show doesn’t explain brain death, she said. There is an opportunity to show difficult and comprehensive brain death conversations between doctors and families.

Over the years, she said, Hollywood has gotten great at getting organ transplant stories right but they still don’t do organ donation stories very well. And for the most part, the public has no personal connection to organ donation like they have to other medical procedures.

“We want people to have confidence in the system and we want them to feel inspired.”

“If you’re watching TV and you see a person getting chemotherapy through their toe, you’re like ‘That’s not right. My aunt had chemotherapy and that’s not how they did it.’ But organ donation is not something most people have experience with,” Tenaya said. “If they show organ donation wrong, it makes you feel bad, but you don’t know it’s wrong. We need to fix that.” It doesn’t have to be accurate, she said, but it needs to be more authentic.

“We want people to have confidence in the system and we want them to feel inspired,” she said. That’s our overall goal – to show people organ, eye and tissue donation and transplant in a way that makes them say ‘wow,’ that’s amazing.’ If we can do that, we can save lives.”