For his first Halloween, Robin Buritica Carvajal dressed up as a surgeon. His smile was beaming as he posed in his hospital scrubs for a photo. He was only 15 months old at the time and too young to realize his dream of becoming a doctor one day. 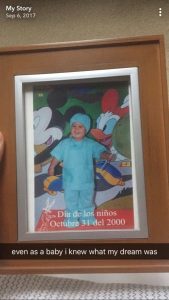 Robin, who liked to be called Junior, moved to the United States from Colombia when he was five years old. Even though he didn’t speak much English, Junior passed kindergarten without any trouble. He didn’t let his language barrier stand in his way of excelling in the classroom, and in a few months’ time he was speaking English fluently and even writing in cursive. Outside of the classroom, making friends proved to be more difficult but by the time he was a teenager he also mastered that challenge.

Once he arrived high school, Junior was quite popular. He ran varsity track and played on the Northern Virginia Soccer Club while keeping up with his studies. His mother, Silvia Leitch, says Junior was outgoing, happy, energetic, sentimental, smart and unique. He was especially mesmerized by the magic of science and motivated by his desire to help people. Junior went on to graduate high school with honors, which made Silvia a very proud mom. 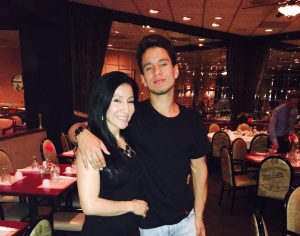 Before starting college, Silvia brought Junior to the Department of Motor Vehicles (DMV) to get his driver’s license. As he was filling out the DMV form, Silvia was surprised to see him check the box indicating he wanted to be an organ donor. She told her son that he didn’t need to register to be a donor now as he would be able to make that decision later in his life. But she remembers Junior was adamant saying, “I want to be an organ donor to help people if something happens to me. When I die I don’t need my organs, and I can give them to someone who needs them.”

Silvia, a register organ donor herself, didn’t further dissuade her son as it was clear he wasn’t going to change his mind. Besides he was an adult now and the choice was his to make.

Junior began taking classes at a community college near his family’s home in Northern Virginia. His plan was to get the basic course requirements under his belt and then apply for a transfer to Georgetown University to study medicine and ultimately become a cardiovascular doctor.

“Junior had so many dreams. If he wanted something he always achieved it,” said Silvia.

In addition to being a full-time student, Junior was working two jobs, playing on an international soccer league and spending quality time with friends and family. He was close to his family and very dependable so when he didn’t respond to Silvia’s text messages one night in October 2017, she knew something must be terribly wrong. A few hours later, Silvia received a phone call that would change her entire world. A police officer on the other end of the line told her Junior fell several stories from a parking garage and was in the hospital fighting for his life.

Silvia rushed to the hospital to be with her son and learn more about his prognosis. Unfortunately, the news was not good. Despite the efforts of doctors at Reston Hospital Center, Junior was soon declared brain dead. Silvia was in complete shock. As she began to cope with the news, she met with a representative from Washington Regional Transplant Community (WRTC), the local non-profit organ procurement organization. The meeting was to discuss donating Junior’s organs. Silvia knew right away she would support WRTC by providing the medical and social information they needed to honor her son’s wishes to be a donor. After WRTC evaluated Junior’s organs they told Silvia he was an excellent candidate for organ donation, and the surgery was scheduled. 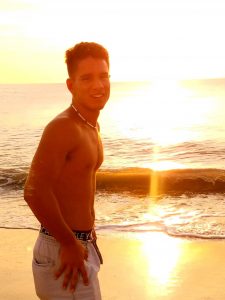 When Junior was brought from the ICU into the operating room, Silvia was elated, “His donation was a gift for me. It helped me understand God’s purpose.”

After several hours, Silvia received word that the surgery was a major success. Junior donated both of his kidneys and lungs, his liver, pancreas, and heart to patients in need and his intestines were recovered for research. In two cases, multiple organs went to a single recipient. He also donated his tissue which was later processed and sent to 13 medical facilities in places like his home state of Virginia to Massachusetts to California, and even Canada.  These gifts of tissue will be used to enhance dozens, if not hundreds of lives.

“Junior’s dream was to become a cardiovascular surgeon and save people’s lives. In the end, Junior’s wish to help other people was realized in a different way, with his marvelous gifts. He saved five lives. As a mother, I couldn’t be more proud!”

Silvia had the incredible opportunity to meet the man who received Junior’s heart. While she hasn’t yet met the other recipients, she has a sense of peace and hope knowing that four strangers are living out their dreams thanks to Junior’s gifts. Silvia, who is now an advocate for organ donation, encourages people to discuss their end-of-life-care wishes with their family. If Junior hadn’t expressed his strong desire to be a donor, she would have been hesitant to participate in the process. A process that has brought her so much healing and joy. 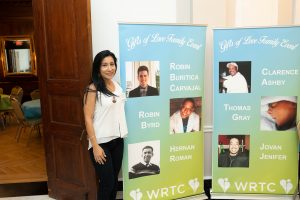 Silvia and her son had a strong bond and a lot in common. She too was taking classes at the same college in hopes of becoming a dental hygienist. When Silvia found her grief was too much to bear she considered dropping out of college to cope with the loss. But her English professor convinced her to stay in school for Junior’s sake as he would want her to continue. Before his death, Junior had helped his mom write an essay for the English class. When Silvia receives her degree, it will be a tribute to her son who inspired her and so many others to hold onto their dreams.

If he was still alive today, Silvia believes Junior would have been accepted into Georgetown. Instead she believes her son is in heaven, among the clouds, looking down at the world’s beauty. A world full of promise for those that he loved.