The Gift: Celebrating the Life and Legacy of Paul Harris

Published on August 2, 2016by Kelly Vance

This year will mark the tenth since the passing of Cindy Harris’ son Paul, an organ donor whose gifts would go on to improve or even save the lives of 69 other people. 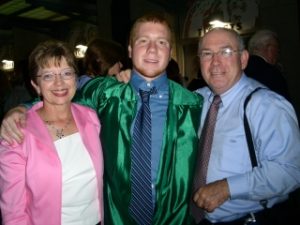 It’s both easy and difficult for Cindy to think of Paul, who died at age 18 from head trauma caused when his car overturned in a steep ditch. She speaks about him with enthusiastic affection—often as a guest speaker at events addressing the importance of organ donation. Every time, she has to relive the traumatic events of 2006, but every time, she has the sense of renewing the memory of Paul’s life. And not only that, when she inspires people to become involved with organ donation, Paul’s story makes other stories possible too.

Unsurprisingly, she can’t remember much about Paul actually making the decision to become an organ donor. But Cindy does remember with crystal clarity the moment that she, her husband, and her two daughters were told that after a week of being in a coma—after his brain had seemed briefly like it was going to pull through—Paul wasn’t going to make it. It was only minutes later that they spoke to a representative from LifeNet Health, who informed them that Paul had already been on the organ donor list.

Only a few months later, Cindy was asked to share Paul’s story with a patient advisory group at Virginia Beach General Hospital. “I thought ‘Are you kidding me?’” she remembers, but agreed to it anyway. “I wrote down what I wanted to speak, and I shook the whole time, but afterwards they kept asking me to do it over and over again.” Since then, she’s spoken at universities, hospitals, “wherever they need me,” and as a result, started meeting other people affected by organ donation. Now, as a donor family representative on the Donate Life Virginia council, she enjoys helping other people adjust their perspective on sharing. “I think it helps the grief journey, it helps me go on.”

“I draw on the strength that comes from wanting to share his story,” says Cindy. She’s sitting in Paul’s bedroom for this interview, but today it’s making her feel a lot of gratitude. “People always ask me if it helps because I think of Paul living within other people, but really it helps because he made the choice to give a gift.”

And that’s how Cindy tells other people to think about organ, eye, and tissue donation—not as a byproduct of the passing of someone else, but as the result of a positive, deliberate choice made by a human being. “To me, it’s all about hope!” she says. “I think it’s great to know that some woman or man has a gift from Paul. And that’s my prayer for the people who receive gifts, that they’ll be good stewards of their gift and will live a better, healthier life because of it.”

Cindy can list many of Paul’s gifts off the top of her head—a 10-year-old boy who was born with no arches in his feet and received some of Paul’s bone so he could walk, a gentleman in his 70s who received Paul’s liver, two women in their 50s who got his kidney, young children who needed heart valves, two separate individuals who received his corneas, and the list goes on.

The story that delights her most she learned from a thank-you note she got from a recipient’s mother—her teenage daughter received Paul’s ACL so she could get back to playing soccer. “I thought that was just great!” she says, clearly thrilled. “He donated his ACL so someone else could play his favorite sport. He would have loved that.”

She’s always keeping Paul’s wishes in mind—his commitment to being an organ donor is part of what made him so special, after all. Cindy thinks hard about that, and it’s what keeps her saying “yes” to staying active in her advocacy. “I never thought I’d be going out and giving a talk, but I feel called for a reason,” she says, thoughtfully. “But I feel called for whatever reason. I get in the car and drive to wherever I’m going and I pray that God will give me the words and that maybe I’ll help somebody. If that’s the case, I’m doing the right thing. Because I’m not anyone special. I’m not doing it for Cindy Harris. I’m doing it for my son and for all the people who are giving and receiving gifts.” 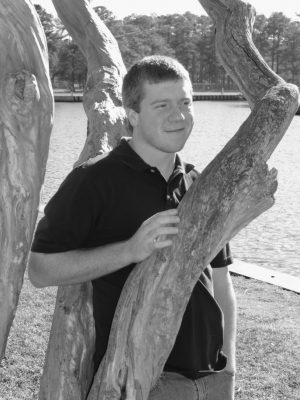 Cindy Harris and her family came up with another way to turn Paul’s life into a gift for others. The Paul Charles Harris Memorial Scholarship allows a student who struggles with learning disabilities to receive some financial assistance with college. Each year, the scholarship committee chooses from among applicants at Great Bridge High School in Chesapeake someone who gets along with others, is respectful of teachers, coaches, and peers, has a positive and friendly attitude, and is dedicated to pursuing a college degree.

Because Paul, an Eagle Scout, soccer player, and general outdoor enthusiast, had a special place in his heart for camp, the Harrises also began an endowment at the YMCA Camp Silver Beach. Now children who can attend camp without worrying about the financial aspect of it have another of Paul’s gifts to be thankful for.

For her hard work and infectious passion for organ donation advocacy, Cindy received the “Live Your Dash” award from Richmond, Virginia’s Full Circle Grief Center. The “dash” represents the time in between your birth and death, and each award honoree is chosen for living their lives with love, courage, and compassion, dedicated to a worthy cause. Instead of focusing on themselves, honorees like Cindy Harris have chosen to make our community a better place for all who live there.

Cindy counts how she lives her life, her dash, as yet another gift from Paul.