Life, Death and Donation: Virginia’s First Faith Summit on the Gift of Life

For many families, the resource they turn to for comfort, advice, and support in times of crisis is the leader of their faith community.

As Jon Barton, the General Minister of the Virginia Council of Churches and a pastor for 35 years, points out, faith leaders are wonderful at conversations about life and renewal. But who in any community—faith or no—wants to spend time preparing for, conversing about, and discussing death?

“I discovered then that I didn’t have a whole lot of preparation for understanding death and how it relates to life.”

Rev. Barton lost his 17-year-old daughter, Katie, in 2003, and his experience changed the way he viewed the relationship between faith and death. “I discovered then that I didn’t have a whole lot of preparation for understanding death and how it relates to life,” he remembers. 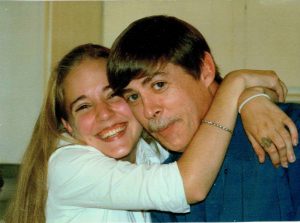 Rev. Barton and his daughter, Katie.

It wasn’t just his daughter’s death that inspired him to learn more, but her sincere wish during her life to become an organ donor. He found during his interactions with LifeNet Health during the organ donation process that there are whole organizations who were doing great work in helping families deal with trauma and loss—much better work than he felt he’d done for his own congregation over the years.

Meanwhile, Bill Proctor, the CEO of Old Dominion Eye Foundation and the past president of Donate Life Virginia, was coming to the same conclusion from a different direction. As individuals trained in helping grieving families, Proctor and his colleagues noticed that, when the question of organ donation arose, families tended to ask their faith community leader for advice. And that person often wasn’t sure what to say.

The question often revolves around whether or not organ donation is consistent with a particular faith’s beliefs. “All major religions support and endorse donation,” says Bill Proctor. But since it’s so rarely talked about, even the faith leaders don’t tend to know.

Many faiths, one summit

Bill Proctor, Jon Barton, and others came together to plan a faith summit: “Life, Death and Donation: Ethical and Theological Considerations.” Held for the very first time on October 18-20 of this year, the summit will open its doors to upwards of 60 faith leaders who represent a wide array of religions. 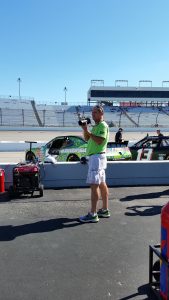 The goal is to educate—a lineup of speakers from both scientific and faith-based backgrounds sharing experiences and answering questions. At the end of a weekend of inspiration and learning about how organ donation is a renewal of life, those faith leaders will be ready to go back to their communities and create a lasting tradition of organ donation support.

With LifeNet Health offering to host, the summit dream became a reality. As part of the Donor Family Services program at LifeNet Health, Robin Cowherd felt instantly drawn to the idea of such an event.

“They ask questions like ‘Is it consistent with our faith? How can you help me make this decision?'”

“I’ve found that in 17 years in a close role supporting bereaved family members, when people go through that, it’s hard to process information,” he explains. “They ask questions like ‘Is it consistent with our faith? How can you help me make this decision?’ And often they found that they faith leader would throw up their hands and say, ‘I don’t know anything about it, I’m not sure what our tradition says, and I’m not sure what to tell you!’” 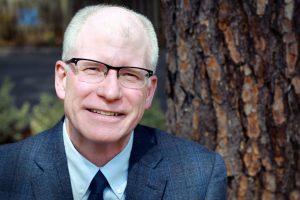 People like Rev. Barton, Bill Proctor, and Robin Cowherd wanted to do something that went beyond the existing outreach efforts like the National Donation Sabbath, in which Donate Life America offers educational literature and encourages faith leaders to give sermons around organ donation.

“We need to bring people together of different faith traditions and communities and really get a good dialogue going about the importance of saving lives through organ and tissue donation.

“We wanted to do this on a bigger scale,” says Cowherd. “We need to bring people together of different faith traditions and communities and really get a good dialogue going about the importance of saving lives through organ and tissue donation. Our motivation is that we would have families better understand through their faith leader what donation means.”

The 17 speakers will include Dr. Velma Scantlebury, a pioneer in transplant surgery, also comes from a faith background and is deft at connecting the two topics, as well as Rev. Dr. John Kinney, Dean of Theology at Virginia Union University, who will share how he sees spirituality in organ donation, and Cindy Harris, a dynamic and warm speaker whose son gave the gift of life ten years ago. Attendees will also have the chance to attend panels, including speakers from Jewish, Christian, Hindu, and Islam faiths, all leaders in their community, sharing their particular experiences. And, of course, the audience will be encouraged to ask as many questions as they need to feel more comfortable with the subject. Even bringing up common myths about organ donation is encouraged, as working together to discuss why those myths exist can shed new light on ways to talk to congregants experiencing grief.

In the end, these influential faith leaders will have all the information they need to become organ donation advocates, spreading the vision that donating organs, eyes, and tissue is a beautiful gift for your fellow human beings.

Registration will be open until the day of the event, and walk-ups are encouraged. Life, Death, and Donation: Theological and Ethical Considerations will be held on October 18-20 at the LifeNet Health Virginia Beach campus. The $50 registration fee will cover two full days.